Seeking SSR Soldier who is her Father 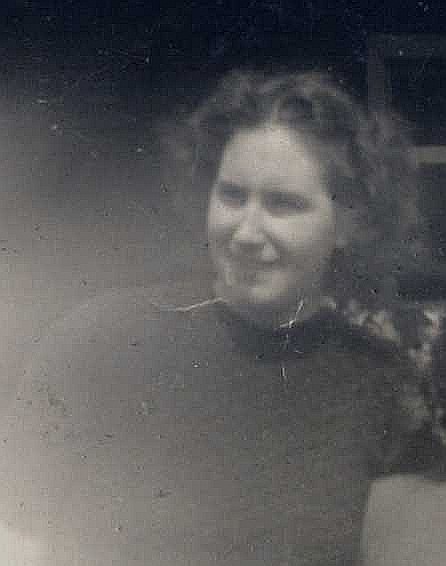 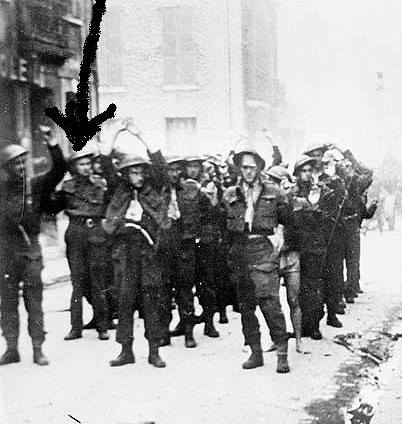 I was just going through a few things and realised that I had not given you her name.

She was Florence Ross, known to family members as Flossie so maybe to others too.

She would have been 17/18 when meeting her "soldier". She lived at Falmouth Road at the time which was near to Hylton Road. Her young niece was 7 or so at this time and can remember being taken to a soldier's lodgings on Hylton Road.

I have sorted a few photos from on line and one is of Bishopwearmouth church with bomb damage. Bishopwearmouth cemetery is between Hylton Road and Chester Road(she is actually buried there). 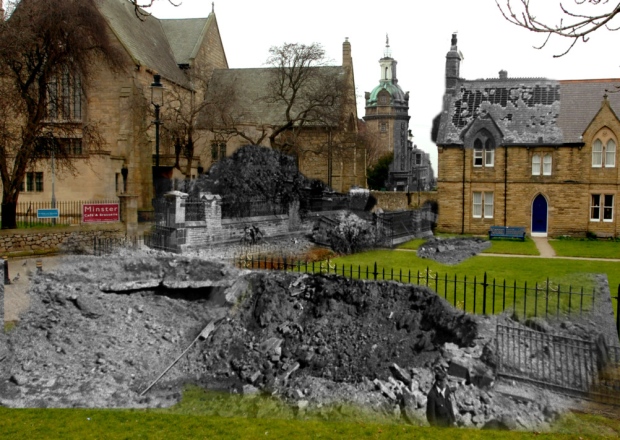 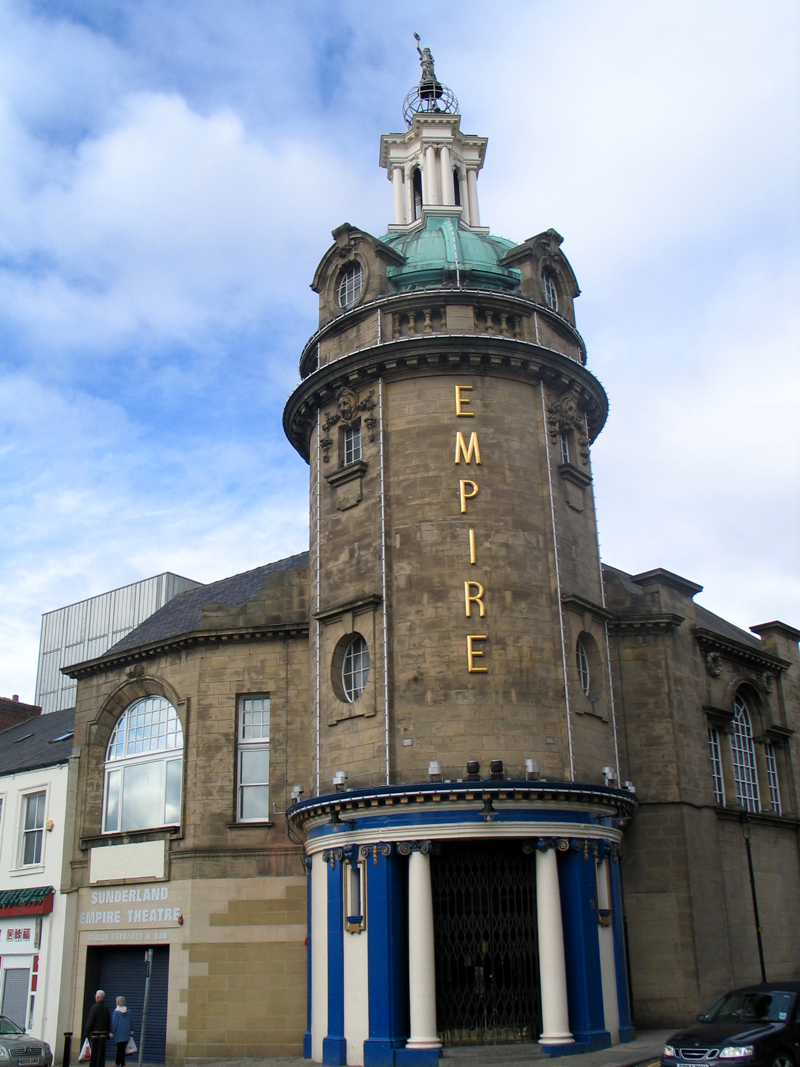 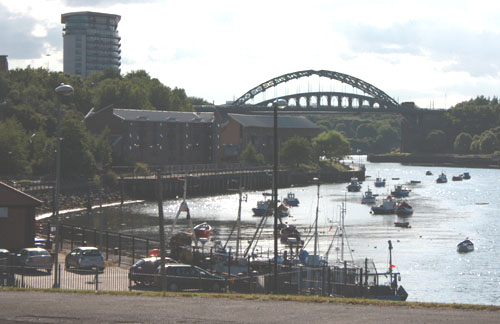 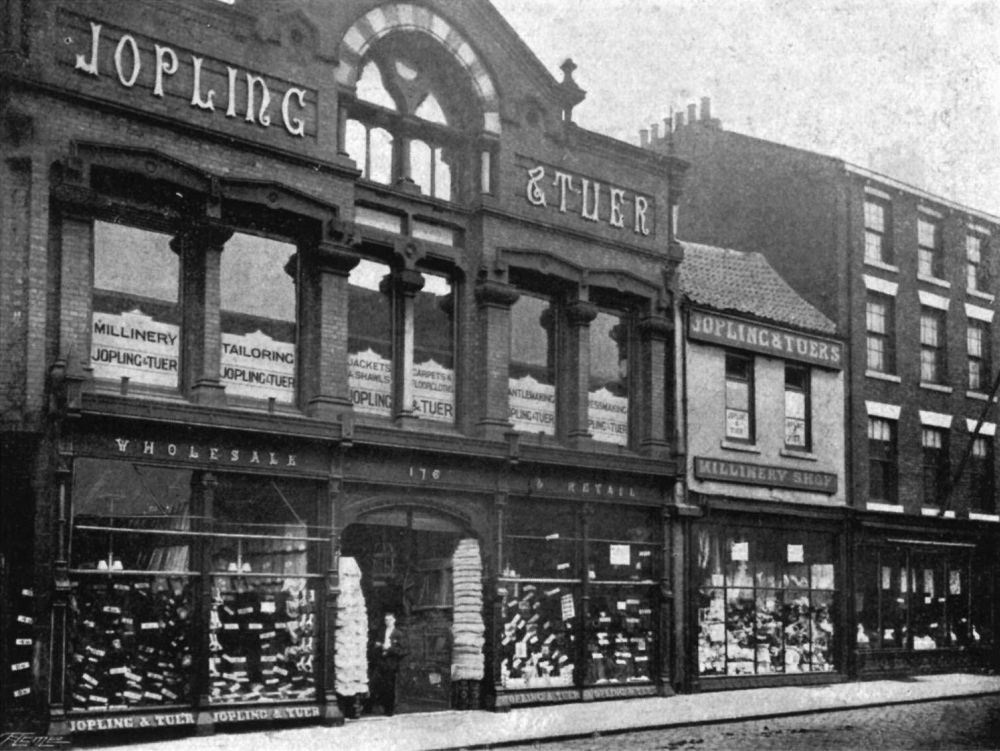 Some of the photos are land marks of the time and could stir a memory in someone.

Thanks for your reply. I am very well thank you and I hope you are too.

We did not agree to put my story on SSR web site but I have no objections at all and it may bring me something. I have sent you a fairly recent photo of me.

I have also sent a photo of my birth Mother as that may jog a memory for someone more than mine would.

Are you able to search for information of regiments that would have been stationed in Sunderland in County Durham at the end of 1945? I have been unable to ever find anyone who could do that...maybe more is available to you in Canada.

It is now some time since our last contact so I thought I would email you again.

As so much time has gone by I am assuming that you have had no luck in finding any information for me, either in the Arnold brothers or finding out who was in the POW photo that I sent to you, or the name of the man in the platoon photo.

Thank you for trying for me I really appreciate it. It seems I will never know my Father’s identity.

Thank you for your email concerning the Arnold brothers.

My date of birth was 1st August 1946 in Gateshead in County Durham.

My birth Mother was staying at a home for unmarried mothers in Gateshead.

She was from Sunderland in County Durham and went back there after my birth and adoption.

I know that she had being seeing a soldier in Sunderland from my birth family that I managed to trace but she would not reveal his name. However in the records of the home she had given information to her case worker that my Father was a Canadian soldier by the name of Jackie Spoon and that he was about 26 years old. I have searched and searched but have been unable to find anything on Jackie Spoon. I began to think that he had given her an incorrect name. I did find a photo of Dieppe prisoners and a young man stood out as he was the very double of my eldest daughter and even stood like her. I will forward this on to you as I have put him under a rather large arrow. Then looking at anything concerning Canadian soldiers I came across a Herman Keys interview in which he mentioned Casey Arnold and his brother Jackie and also of a group photo taken in England of Company B of the South Saskatchewan Regiment and I am sure that the same man is there...there is also someone rather like him and wondered if they were the Arnold brothers.

I haven’t had much to go on and have tried so many sites etc and a blank has been drawn at every step.

I would be thrilled if there was anything that you could do to help. I realise that with the passing of time my Father may not be with us any longer but I may have siblings in Canada that would like to know of my existence.

If I have think of any further information that may help you then I will pass it on and I look forward to hearing from you soon.

Since receiving this reply from you I have had a three week holiday and been busy having work done in the house but I thought I’d contact you as a fair amount of time had passed to see if anything had been discovered about the man in the photos at all.

I wanted to allow plenty of time for you and not hassle you in any way but I’d love to know if there is any progress at all.

I have found out that both J K Arnold (Pte) L-12572 and K C Arnold (Pte) L-12286 were captured at Dieppe and I believe they were both released in 1945. These dates would fit in with my me being conceived etc. Maybe you would have records as to where the Arnold brothers were sent to after their release? I am hoping that they spent some time in Sunderland in County Durham England.

I have been researching many years for my birth father.

I came across a photo in a book at one time of Canadian POWs in Dieppe and one of the men stood out as he was so very like me but even more like my eldest daughter and her daughter. He is even standing like my daughter and has a sidelong glance just as she does.

I have further researched the Saskatchewan regiment and found the group photo of B Company taken in England and this same man is there! He is on photo 4(right hand side)... middle row...5th along from the right. Do you know who this man is?

The name given to my birth mother was Jackie Spoon but he may have not given her his correct name. During my research I have found that a Casey Arnold and his brother Jackie were in B Company and wondered if Jackie is my father.

I don’t want to cause upset within the family of my father but would love to know of any siblings that I may have...they may even wish to know of me.

My birth mother lived in Sunderland in County Durham and many Canadians were there in WW2 as I know from an historian that some were from the Dieppe raids that had been released and were guarding German POWs there.

I’d be grateful for any information that you could give me.

I would have been conceived at the end of 1945 so my father may not have even known of the pregnancy before his return to Canada. I was adopted and sadly my birth mother died of TB in 1949 at the tender age of 21 so I have been unable to ask her anything. 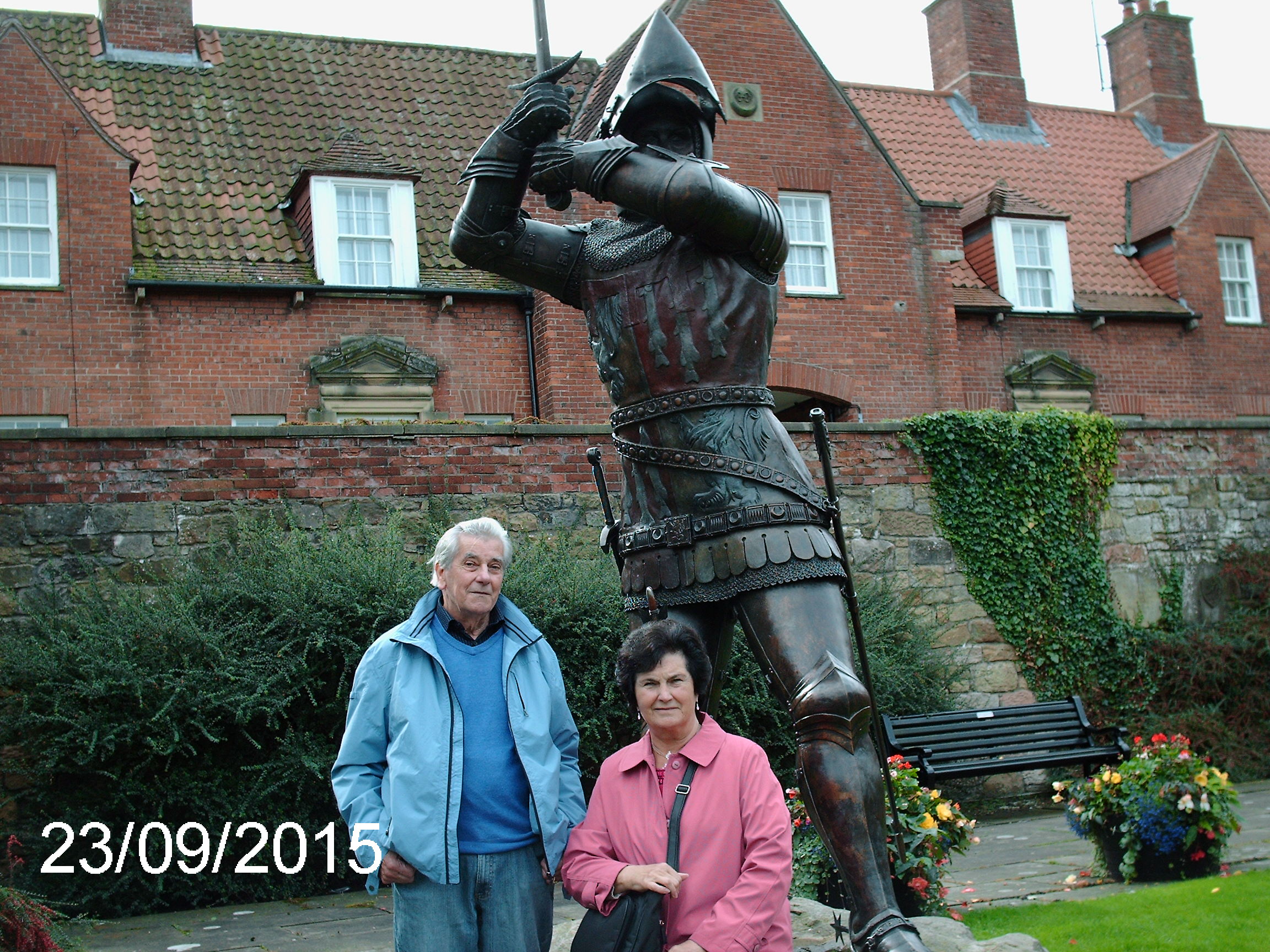