Items and images submitted in April, 2005 by Bernie Morris

This is an opportunity to see and read correspondence between a former prisoner of war and a prisoner of war. In addition, examples of a military service record and a document pertaining to the awarding of the military cross. 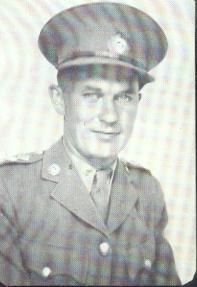 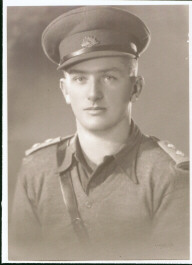 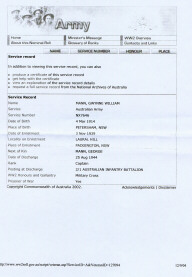 "Bardia is a small town on the Mediterranean coast of Libya, in the region of Cyrenaica, approximately 30 kilometres from the Egyptian border. During the early decades of the 20th century it was developed as a miltary outpost during Italy's colonisation of the region. Prior to the Second World War it was fortified by the construction of an arc of defensive posts, 29 kilometres long, around the town and its small harbour.

Bardia was the site of the first battle fought by Australian troops in the Second World War."